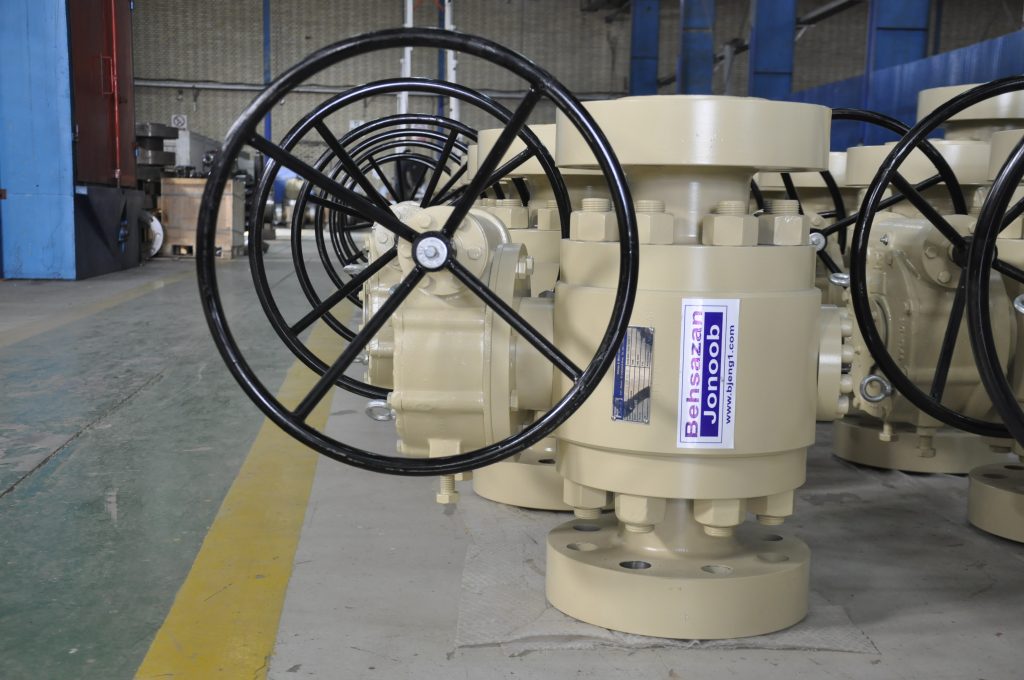 Coatings protect valves and actuators against wear, erosion, chemical attack and other forces that threaten their durability and effectiveness. But because they are faced with such a diversity of challenges, there are a broad number of differences in the types of coatings used. The coatings used for ball valves have their own set of characteristics that differ in many cases from other types of valves.

Why Coatings Are Used

There are three reasons for coating a ball valve, according to Brian Hood, product manager, U.S. Flowserve. The first reason is that “you’re using it on metal-to-metal seating to prevent galling,” he explains. The second is the need for wear resistance, and the third is for corrosion protection, he says.

Also, the same coating may not be used on all parts of the same valve, adds Thomas Schmidt, product manager, Europe, Flowserve. With inner valve parts, for example, “the throughput of the valve might be coated in chrome carbide or tungsten carbide and the seat and ball will be a different material,” he explains.

Boronizing uses chemical vapor deposition (CVD) to produce an extremely hard diffusion layer that forms a true metallurgical bond with the substrate, creating conditions of non-porous and corrosion-resistance. Disadvantages of this type of coating are that it is very thin (about 1 mil), and cannot be used on large bores. Instead, this type is used in erosive or corrosive environments such as ball valves in gas refineries or chemical plants. A strength of this coating is that it has no defined temperature limitations, according to Flowserve . However, it cannot be used in nitric acid “or many other corrosive applications,” adds Gossett. John Simmons, CEO and president, Copeland Industries, Inc., cautions that “high heats can cause thermal distortions of the base metal, which limits its use for lapped metal ball valve seats.” He also adds that, “the lack of thickness makes it susceptible to point loading and galling.”

Chromium carbide gives a Rockwell scale (Rc) hardness of about 65 and resists erosion and extreme temperatures. This coating is applied using either thermal spray, which allows some porosity in the finished coating, or fusion, which is non-porous and can be more resistant to thermal shock. The high velocity oxygen fuel (HVOF)-applied coating can be quite fracture-resistant, while the fusion-applied coating has better corrosion resistance.

“Chrome carbide applied by the HVOF process (thermal spray) and has less nickel chrome binder,” says Simmons. “It is normally harder and more erosion resistant. We see little difference as far as resistance to thermal shock if applied correctly.”

“Fused coatings are more non-porous but are rarely used because they are typically softer and the base alloys are normally nickel based as well,” he adds. “The fusion process involves heats that can be over 1800°F and can distort the base metal making it more costly and unsuitable in many applications.”

Hard chrome is applied electrolytically. This material provides a hard surface and requires little in the way of secondary operations, although some lapping or polishing may be required to get a surface finer than 6 root mean square (rms).

According to Metso Neles , this coating is “suited to a wide range of applications in clean liquids and gases at moderate temperature and pressure. Its corrosion resistance is equivalent to stainless steel (AISI 316) with certain limitations,” including poor resistance to low pH, “and it should not be used with seawater, wet chlorine or other media with high chloride content.”

One drawback to hard chrome has nothing to do with its properties as a coating, but with the process used to apply it, which involves use of hexavalent chromium—Cr(VI), a substance under increasing restriction. However, this has not currently been an impediment for valve makers. Gossett points out that, while the number of vendors providing chrome plating services has decreased in general, this has been primarily in the consumer products area. “As far as conventional hard chrome plating,” he says, “I haven’t really heard about any real problems getting that.”

Don Bush, principal materials engineer at the Fisher Valve division of Emerson Process Management, agrees that restrictions on Cr(VI) are not a problem at present, but may become more of an issue in the future. In the meantime, he said he’s depending on his supplier to follow the regulations. In any case, he continues, “at this point in time there are not any good replacements.” Simmons also points out that, “with large batches chrome plating is still less expensive.”

Hood, on the other hand, suggests that environmental factors constitute an argument for thermal spray coatings, which use no Cr(VI) and have little environmental impact.

Cobalt-based alloys are applied by thermal spraying, spray & fuse or welding. Fused and welded cobalt-based alloys are softer, but HVOF spray applications of this material can be some of the hardest alloys available. Typical names include Stellite 6 and Tribaloy. “CFS100 is over 68 Rc as applied by Copeland Industries,” Simmons says, “and is one of our most popular coatings for balls and seats.”

Ceramic coatings can provide hardnesses exceeding 60 Rc (although they are normally in the 50-55 Rc range) and include chromium oxide, titanium oxide and combined aluminum-titanium oxides. Such coatings can be applied by thermal spraying or plasma spraying. There is also a version of this coating that combines titania and chromia applied over a tantalum bond coat. However, this application has received criticism for poor bond strength, porosity and cracking with plasma-deposited chromium oxide. “The coating de rigueur today is titanium dioxide,” says Hood, “so you have hardness and wear or abrasion resistance, with the added benefit of good corrosion resistance.”

Electroless nickel is widely used where corrosion resistance is more important than hardness . It is applied by a purely chemical process. The result is a material with good corrosion resistance and thickness uniformity that is inherently smooth, requiring little in the way of secondary operations such as grinding. Proponents of electroless nickel say that with heat treating, this coating can reach hardness levels approaching those of chromium plate , although at a cost to its corrosion resistance. And, as with plating in general, bond strength to the substrate is not as great as that of materials applied by welding processes.

Simmons feels this coating is not suitable for severe service. “It’s good for low pressure valves,” he says, “maybe up to 300-lbs in some cases 600-lbs pressure, but above that or for very severe services we rarely see it used.”

Nickel Boron is applied with a thermal spray and fuse technique. According to Metso Neles, it’s suitable for “high-temperature, high-pressure applications with abrasive media and dry gases. It is resistant to damage from erosion, cavitation and thermal shocks and is ideal for steam service, catalyst handling and coal gasification.” However, it is not very corrosion resistant and is not suitable for acids or chlorine.

Nitriding works by modifying the treated surface while not changing the dimensions of a part. This coatingcan achieve Rc levels up to 70, depending on the substrate. It can be applied by ion or gas methods, or a high-temperature salt bath process. Advantages include little or no requirements for secondary machining, although high temperature applications may require secondary machining due to thermal distortion.

Polytetrafluoroethylene (PTFE) and other fluoropolymer coatings provide good corrosion resistance at low cost, but cannot stand up to abrasive media or extreme temperatures. “This is always your lowest cost solution for corrosive applications,” says Hood. Fluorocarbon particles can also be added to other coatings, including electroless nickel, to improve lubricity. PTFE is used extensively for seats.

Tantalum is highly corrosion resistant, yet has been considered expensive. Tantaline offers a vapor deposition process that deposits a thin (0.002 inch) alloyed tantalum coating that it says has unit costs typically 15% less than traditional Hastelloy ball valves. Simmons cautions, however, that using thermal sprayed tantalum for a corrosion barrier over a less noble metal can result in failure, in some cases, because it does have some porosity.

Tungsten chromium carbide gives an Rc hardness of about 70 also usually applied using thermal spray. This coating is used for corrosive liquids at moderate temperatures, but should be used only with wet media, according to Metso Neles.

The wide selection of coatings and surface treatments available for ball valves makes doing the homework on which is right for which application crucial. This research, however, may be the difference between a successful application and headaches down the line